Why do I keep on hitting the Bell 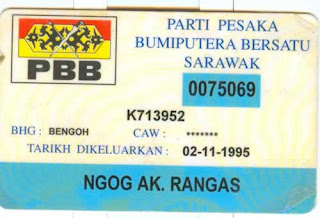 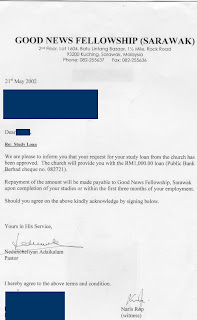 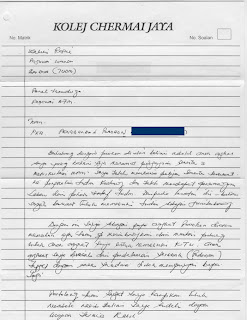 The censorship is for security purpose

Many may ask among themselves why this tiny bee keep on buzzing around. I do not bark for nothing but bark together with the rest of the bloggers as the alternative media for the bidayuh rather than Barisan Nasional media including door to- door talk and rally.

I am tired of paralyzed Bidayuh leaders by the Yes Master syndrome. Years after years we got the worst leaders around though we might not vote for them but the party vote for them. The death of Stephen Kalong Ningkan was the first deleted sentences in the dayak political story and followed by the slaughtering of SNAP and PBDS.

Tell me if you have to suffer for this long? Very long? I got only RM 5.00 per week to Dragon school and I never get scholarship from the government. Disqualified for no reason. Though my parents are miskin tegar (brutal poverties). Shell (foreign company) offered me once and that was the source of my life for 2 years. Thank you for a kind foreigner.

Where were the leaders that time? DBNA and BGA? Well, golf here and golf there. Borneo Highland Resort golf championship. World Bidayuh Golf Championship. Wow!! DBNA seems to be the money laundering office for the corrupted leaders. My mother asked me before I go to university " Do you now James Dawos or anything about DBNA? Maybe they can help you". Well, let see what I got. I went to Sagah. Begged for air ticket. He pushed me to Leonard Linggi. End of application. Then after one year in university I make a phone call to dayak cultural (Tun Jugah) and a lady asked for my bank account number. I did not get the $$ at all!

After graduate, I never make any phone call to dayak cultural because I think that the money has been spent for golf tournament.

Pretty good enough, a church pastor met me at a construction site (Green Height) and brought me to the senior pastor to ask for study loan. Approved within an hour and withdrew the money and got my flight ticket. Thank God, I have a pastor and not a political leader. (please refer to the image). What is the responsibility of my leaders toward my parents' poverty? My father is James Dawos property (the small membership card). That is the proof that my late father is a PBB supporter and yet he died with his poverty remain.

During the interview for Royal Airforce Jet Fighter candidate I was recommended by a retired arm force when we used to sell nasi lemak together. Wow!! A pensioner staff sergeant recommended a jet fighter candidate. The others were recommended by the assistant minister of defense (Tawau candidate) and he made it to the sky with red arrow. Foe me, I have never make it real than. Frustration but life must go on.

This is the price that we get to support PBB and the bidayuh leaders. Long life struggle and suffering just to vote for PBB. Why??

These are the natural diseases of the Bidayuh BN leaders. When they are elected they are easy to forget. Before elected they seem to know us more than our neighbors do. To me it is a shameful liar to us. On the time of their political struggle, they came to ask for support and vote. Not too long after the annual general election they announced the “turkey” electrical project and ask all the men and women to pull the cable and the post up to the hill.

The project was tendered to someone else. The money is just enough to pay the wireman in the village. How many millions have been approved for P198? And where does the money gone to? DBNA and golf tournament?

The greed and lust of money among the Bidayuh politicians is another cruel behavior. The rakyat who have supported them have been misused for their own benefit. This is another disgrace and selfishness among the bidayuh political leaders.

The arrogance and boast of their ability to have better life than the other are the idiocy of the leaders though they have never realize that they are given the mandate by the rakyat. This can be shown by beautiful houses and cars and mistress that the leaders have with them. To me this is another unforgiving mistake for making use of the rakyat mandate to have fun.

I leave the rest of it to you to judge as I do have my evidences of how cruel were the Bidayuh PBB leader to me. I am neither with opposition nor to blame the government but I am with the people, my tribe and my generation.

Peace on those who reap from their own sweat for you do not owe anyone trust and belonging.

Proud Bidayuh,
Great Blog and excellent writing. I happened to be here via MT where I am a regular reader.
Keep writing and tell the Bidayuh leaders that they can do more for the people and improve their lives and not a second or third class citizen.
Speaking of discrimination, I told off by the SF officer that they did not come to MU for my convinience cos I have a lab class. And when I graduated I was not even interviewed for the job because I was the wrong colour even though my result was better than my class mates who got the job.
But I survive and survive better. Never give up hope nad dreams.

Keep fighting bro, your writings are the light of the Bidayuh people. All these years the Bidayuh people are walking in the dark. We vote to all of these so called 'wakil rakyat' to fight for our rights for a brighter future ahead but alas these fake leaders are only fighting for their own stomach. We must be united to be stronger and be self reliance so that we can help each other to strenghten our community.