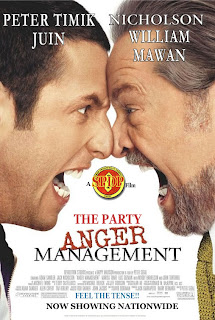 There is limited way to talk and express our advice to the people. For SPDP (Sarawak Progressive Democratic Party), the best way to advice its members is via Borneo Post Press. They can give counseling and rebuking their members through public media as long as there is no harm and heart feeling. Excuse me?? It is a shame to whack other Dayak fellow publicly.

It was Peter Timik fault to ask the president about the Bidayuh position in the Parliament under the SPDP recommendation. The reply seemed to be too hard to receive. Yes, Bidayuh have thanked SDPD for two terms and it has been proven by the two term victory in Mas Gading. In fact, Bidayuh proved their trust by denying Fabian and Patau hoping that they are contributing their interest to the party.

The best way for Sagan to thank SPDP is to tell the whole world that Kenyah has broke the aborigine political record after 20 years of wait. Kenyah has opening their eyes and 20 years is too long for Barisan Nasional to make fun of them all. It is now to build a proper and comfortable long house for the Kenyah after years of illegal logging. They deserve the price from the nature’s destroyer.

“Our community has been very patient. We did not complain. Now that the appointment has finally come to us, I must start by thanking the grassroots,” he added. (BP Press)

But, the best way for Bidayuh to thank SPDP is to shut-up their mouth. Though we have to speak, we should not talk to Mawan because he is a hot temper. Not like George Chan. He knows how to reply when the “Biserian” stunned him.

It is time for Bidayuh to put SPDP aside. There is no point to bark at the hill. If they (SPDP leaders) cannot listen to us, let find anyone who will listen to us. Not only to listen but to respect and appreciate our supports and sacrifices.

TBS, you have included great text after the poster artwork.

Anyway, Mawan was complaining in the BP that the Dayaks are usually envious of the leader (like him).

TBS, you have included great text after the poster artwork.

Anyway, Mawan was complaining in the BP that the Dayaks are usually envious of the leader (like him).

It's o.k for him but not o.k for us. The dayak does not envy the party or the leaders. The party is envy of PRS, PBDS and PBB.

I do not care about Ming Court issue because all the crabs have gathered to decide who is the king of all crabs using $$$$.

great blog...for me we need to gather all the bidayuh new generation and create an underdog business community...pls write about it...and fed up with all the politics...go for opposition...maybe they care more.

Thank you. Underdog business? Maybe DCCI has a clear reply to the new generation.