Rethoric, Confusing and Lies.
Last few years, Roland Sagah (DUN N17. Tarat) has promised the villagers in 4 villagers a better road, better churches, community halls and welfare for the hardcode poor families. The villagers are Kpg. Sadir, Kpg. Sibuang, Kpg. Semuti and Kpg. Sibakar/Tindu. He said the same promises to them during last 10th State Election. All the promises will be delivered if the villagers vote for him as their representative. The promises has been repeated again and again and the people are still believing in him although the promises is kept save and no changes has been made is the 4 villages. 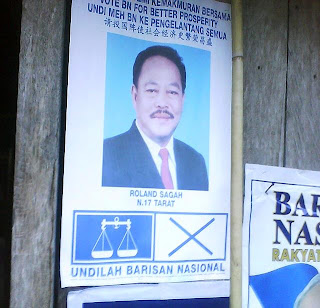 The Returning of Joseph Estrada
The road to SK. St. Bernard Sadir is the road to graveyard as it is not save to drive on it. During wet season, the road is very dangerous as there are slippery hills. I used to slide few time and could not make it to the hilltop as my car could not climb the hill although with full accelerator. What I scare the most is that I might lost control and fall into the ravine. It is not just happening to me but those teachers in SK. St. Bernard Sadir who are willing to risk their live to go to work. There are muddy road with deep holes and at some location there major slide at the road slide. The road was build in 1992 by a logging company as a charity to the 4 villages. The road is maintained by Public Work Department since then. Although I can see excavators and tractors before the road to village, I could not see any improvement on the road and it becomes more dangerous to the drivers. It is a shame to the Barisan Nasional for sidelined the people in the rural area and deny their votes. 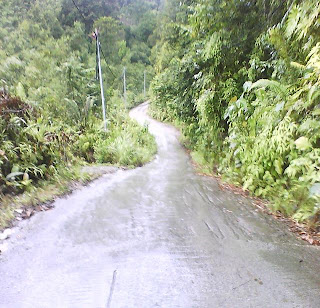 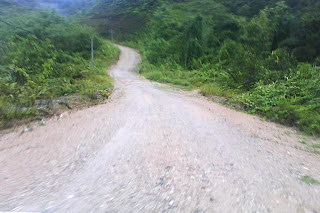 Muddy with Holes!
100% of the villagers work as farmers and construction workers with small income. The children could not go to school because of expensive school fee although the Ministry of Education has proclaimed “Education for All” slogan. The elders and single parents are hopeless as they have to live with a penny. I could not understand why they did not receive financial aid form Department of Welfare although there is millions of ringgit has been allocated for 1 AZAM program. Is 1 AZAM made for all races or only for Malay and Muslims? What is the sluggard doing in the district office? Are they paid to sleep and mating or to deliver their obligation? What a shame to Padawan District officer! He knows how to mingle with Roland Sagah and James Dawos but nothing has been done for the poorest tribe in Sarawak.

Although there are few (PPRT) homes but still are incomplete as there is no electricity and adequate necessity. Some were built with wood plank instead of concrete. Have the District officers and Roland Sagah go up hill to check the houses specifications? No. They signed the claim document from the contractors and let to resident of the house lived in darkness and uncomfortable. Why there plank woods PPRT house while the government allocate RM 40K for a concrete house with proper necessity. What have the DO and contactors done with RM 40K per house? Why sliced it down and built a chicken pen for human being? I saw an incomplete community halls which was build 2 years ago and abandoned by the contractor. It is a shame project as millions of ringgit has lost into the corrupted officers and DUN. 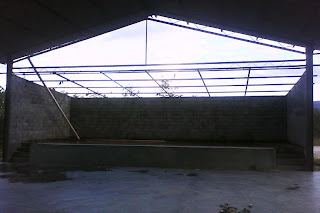 Community Hell?
I always hear “Opposition is useless” from the mouth of the JKK and community leaders. “They cannot govern because they have no money”. James Dawos statement was quit a joke when he said there is development projects approved for his constituency but yet there is no fund from the government. Why approve when there is no fund allocation?

This is just a 1 Malaysia rhetoric and joke in their agenda to develop rural area and eradicate poverty by in Sarawak. In facts, 1 Malaysia is a failure before it is implemented because rural areas are still undeveloped during 3 years of Najib governance. NEP (New Economic Policy) is patterned by Rosmah to benefited Malay and muslim and not to the other races. NKRA and NKEA are the national joke which proved nothing but creating more confusion to the Malaysians and racial tension in the country
Posted by Unknown at 11:39 AM 1 comment: