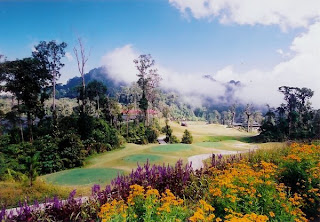 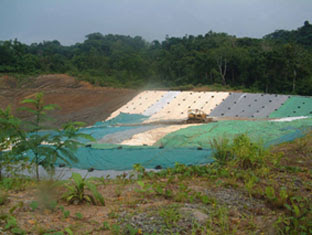 KUCHING: It will be a disaster if the Bidayuh community were to vote for the opposition in the coming general election as it can only offer them a politics of anger and hatred, said BN/PBB Secretariat Chief Coordinator Dato Peter Minos.
“How will the Government help the Bidayuhs if they do not support the BN, the ruling Government? Thus, the Bidayuhs must help themselves by voting for the BN and the Government to help themselves,” said Minos in a signed press statement faxed to Eastern Times here last night.
He added that for a small and economically struggling community, the Bidayuhs would do well to go for the BN.
“That is their best choice-their best hope for a better social and economic future in a fast growig Malaysia,” he said.
Minos said if the community gave good majority to their BN candidates in Mas Gading, Mamboing and Serian parliamentary constituencies, this would give a strong indication that they want to continue cooperating with the present Government.
“A big majority for the BN will please the Government and the Government in return will definitely reciprocate well. This has been proven and actually happened,” he stressed.
He pointed out that as an economically struggling community and depending a lot on the Government for basic infrastructure and economic projects, they must and should go for the BN.
“That is their only choice, if they desire for further socio-economic progress and development,” he added.

It has come to a point of fear when Dato' Peter Minos called all the Bidayuh to give a full support to Barisan Nasional. The time for him to be in a political struggle when the bidayuh realized that heir rights and dignity have not been addressed to the government.

The full support that has been given during the 11th General Election has been ignored due to the self centered political agenda. Parti Pesaka Bumiputera Bersatu records a big number of bidayuh members including the bidayuh representative. The rest are with other Barisan coalition parties such as SUPP and SPDP.

What is Dato Peter Minos political agenda to preserve the bidayuh right and dignity as the other political leaders did? In fact, as the Dayak Bidayuh National Association, he used the association as the government proxy and to gain more support from bidayuh.

How do people look at Dato peter Minos? I have this quotation from Malaysia.net forum says ” As a Bidayuh, I feel Peter Minos in particular has embarrassed our community withÂ his frequent apple polishing in public. Has he no shame what his own people think about his character? Maybe his present behaviour can be explained by the fact his hotel business is not doing well and,therefore, he has to work 'very hard' so that people would come and help him!But please, Mr Minos, don't project Bidayuh as arse lickers and apple polishers like your kind!”

What hotel business does he have? Borneo Highland Resort? This was the worst scandal which involved Peter Minos and he has marked a great lost to the Padawan people. As a native land Borneo Highland development must bring the change to the people. Sadly, the Padawan gave the land for nothing where Peter Minos has built his with other Bidayuh political leaders.

Though the Penrissen people support Barisan Nasional up to the utmost, another development was given to the Bidayuh by the Barisan Nasional. The Mambong waste management site. This is a shame for bidayuh to allow garbage to be thrown to their village. As the environment specialist, James Dawos should study the effect to his people in the term. I believe that the leaders in Serian and Bau have rejected this project due to their respect to their people.

Do they realize that this project has no bring any benefit to the Mambong people? Why there is no other development project in Mambong other than this? Treated water supply? Electricity? Road?

This is clear that Peter Minos has neglect the voice of Bidayuh and said that the bidayuh oppositions are bad politics of haltered. The oppositions are the only way to voice our concern to your lust and greed.

Have we ever reject Barisan Nasional before? Why do we make our mind this day? Because you have not been with us. You only come to seek us only when you think that you need us to restore your pride and arrogant.

Please appreciate us before you appreciate PBB proxies and cronies. We can put you down whenever we want but you cannot put us down because we hired you to be a Dato. Support Barisan not because we like to but because we have to due to your cries and pleas and we think that you will care for us. But yet you have failed us with waste and Kampung Tun Razak. Shame on you a veteran political leader.

All these jokers are big bad wolfs clothed in disguised as a sheep! their job are to spread lies, hearsays & fears among the Bidayuh people so that all these poor bidayuh people will afraid to come out from their very own coconut shells to discover the real truth. Keep inform & enlighten all these poor Bidayuh people, over and over again until their minds are opened up to the truth of the reality of dirty politics & empty promises.