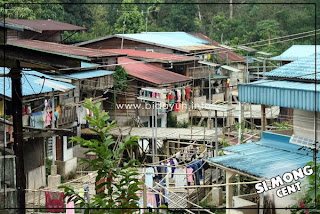 However, this identity had brought confusion to the Bidayuh community as Tun Abdul Razak is an unfamiliar name to them and their identity. In this website, the writer had stated his concern over the Bidayuh’s self-identity and ancestral land. Nevertheless, the majority Bidayuh leders which are with Barisan Nasional, had conferred their 101% support to this suggestion, as it has been their fright to say ‘No’ to the CM.

Tebedu State Council’s, Michael Manyin had affirmed that the project’s effects will involve only physical changes (population shift) and all other anxieties should be set aside as all this while, the State Government had put Bidayuh’s welfare in first place of state’s agenda. 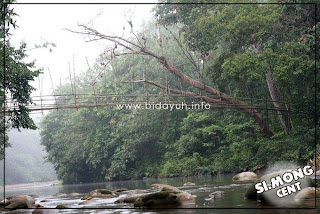 Other leaders had blindly agreed with CM’s decision and this is a coalition to destroy Bidayuh’s dignity and traditions. The Community is Born in The Borneo Post had shown some Bidayuh leaders allied to demolish Siat, Rejoi, Sain, and Semban. Is this a less brilliant attempt by the leaders in preserving the originality of Bidayuh identity? 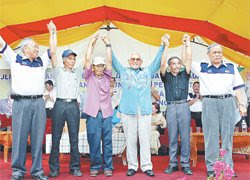 A Community is Dead

Compensation ranged around RM 10,000 to RM 20,000 is not enough to start a new life at Skio even though the land will be explored. Comparing it to the new settlement of the natives in Pahang and Perak, it is not an assurance to unity as what Bidayuh leaders dreamt of, though church, school, clinic, and other amenities will be built there. Despite the much opposition from Bidayuh community, James Dawos Mamit (Mambong’s MP) is obstinate with his stand to support CM’s decision. As Mambong’s representatives, he should have listened to people’s suggestions and ideas about the new settlement. 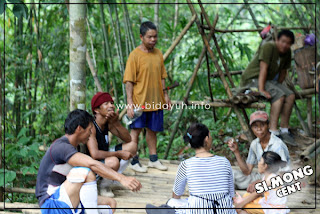 The Last Fellowship of The Aborigines

Rejoi, Semban, Sait, and Sain will become the once the dam is completed. Will this Atlantis be another Bidayuh political agenda as how Plato used Atlantis as political theory during Trojan Horse period. This is the effect that the Bidayuh always get when development is given to them. They need to pay high price to government beneficial projects.

the bidayuhs have never been represented anyway.the so-called leaders are puppets on the strings. malaysia or no mayaysia we have always been left to fend for ourselves.so let us be true to our conscience and be a race whose voice & dignity should be respected. vote for change for we are in dire need of it.