Good Friday :- The Day of Redemption 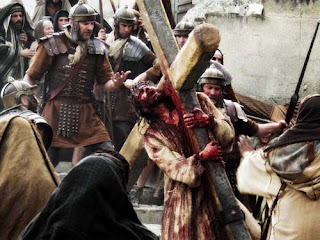 The night before Jesus was betrayed there were last supper with His 12 disciples. Then He made His way to Gethsemane together with His disciples and took Peter together with Him. He began be sorrowful and troubled. He said to them to keep awake with Him but they are tired and sleepy. In pray to the Father he said this " My Father, if it is possible, may this cup be taken from me. Yet not as I will but as you will."

The time has come for Judas Iscariot to sell Jesus with 30 silver coins. The crowd of army arrested Jesus after Judas kissed Him. All the disciples deserted Him and fled. Jesus was accused for saying that He is able to destroy the temple of God and build it in 3 days time and commit that He is the son of God. On the time when Jesus was bring to the judge, there was one girl approached Peter asking if he know Jesus, Peter denied Jesus for 3 times. Immediately, the rooster crowed. Jesus told that Peter will disown Jesus before His arrest.

The next morning, Judas hangs himself after he returns the 30 silver coins to the chief priests and elders due to his guiltiness. Jesus was then been brought to Pilate for the final decision of the governor. Barnabas the prisoner was released for free as it was a custom for the governor to release a prisoner chosen by the crowd. "Crucify him, crucify him". That was the shout of the crowd. Then He was took by the governor soldiers to the Praetorium where the great punishments of whipping were done and the twisted crown of torn set on his head. The soldiers mocked and spit on Him and took a staff and struck Him on the head again and again.

Then the soldier led Jesus away to crucify Him. As the crowd mobbed the street Jesus carried a cross for Himself. Then Simon was forced to carry the cross up to Golgotha and Jesus was crucified. There were two robbers crucified beside Him at that day.

At the sixth hour darkness came over the whole land until the ninth hour. At the ninth hour Jesus cried out in a loud voice "Eloi, Eloi, lama sabachthani" - which means, "my God, my God why have you forsaken me?". Then he breathe his last breath. The earth was shaken and the curtain of the temple was torn in two from up to the bottom. The cries and death of Jesus were the assurance that He is the Son of God.

This is the story of Jesus who was faithful to the human being and His closest 12 disciples. Yet He bear all the pain and sorrow alone. That was the most fearful moment when even men could not take it together with Him. At fist, He enjoyed His time with the mobs and 12 disciple where they share everything in common. Crucifixion was the cruets form of execution by the Romans where the death has to takes hours and even days. Those who died on the cross died without dignity but Jesus was willing to take the most disgraceful death just to fulfill the Father will.

To the Christians, let us be thankful to Jesus who was humbly die for us with no dignity for the dignity has been given to us by Him. The cost has been paid for our freedom from transgression and sins. Let us remember these day of redemption and as a holy week for us.